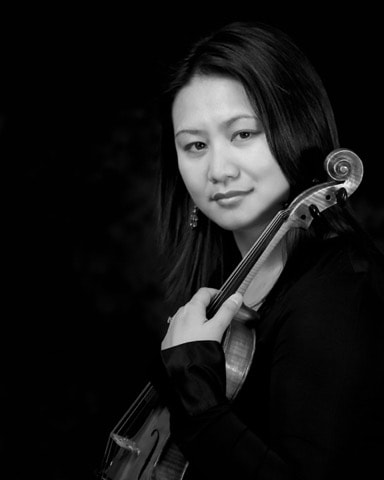 Violinist Jessica Dan Fan joined the Kennedy Center Opera House Orchestra/Washington National Opera Orchestra in 2002. She is a native of China and studied at the Central Conservatory of Music in Beijing. Ms. Fan came to the United States in 1989 and earned her B.M. at the University of Miami, School of Music. While pursuing her master's degree at the University of Maryland, she studied with the world-renowned violinist Arnold Steinhardt. She was a member of the United States Air Force Strings between 1997 and 2001. As a faculty member, she also taught at the National Symphony Orchestra Summer Music Institute, the Sewanee Summer Festival, the Levine School of Music and as guest artist, coached chamber music at Central Conservatory of Music in Beijing. Ms. Fan has appeared as a soloist with the National Repertory Orchestra, Miami Bach Society Chamber Orchestra, Miami City Ballet Orchestra, Sewanee Festival Orchestra, and the U.S. Air Force Strings. Ms. Fan enjoys teaching at summer music festivals and maintains a private studio while actively performing solo and chamber recitals here in the States as well as in China. In spare time, she loves spending time with her family, traveling, cooking and practicing yoga.

Want to know more about Jessica?  CLICK HERE for her ''Meet the Musician'' interview on the Kennedy Center website!